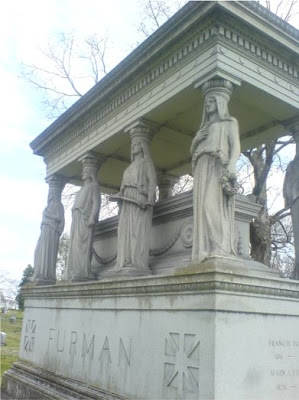 Posted by Erk at 8:29 AM No comments:
Labels: Mt Olivet Cemetery 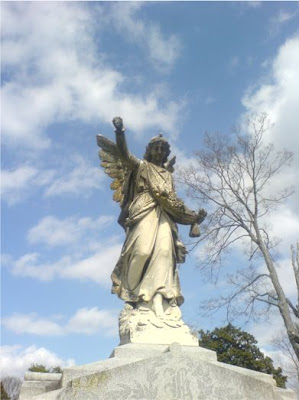 TiS excerpts for Agent Inkysocks who hears little bits of dance class music from my desk.

"A symmetrical bounding from a crouch, so simple for a rabbit, makes stringent demands on a person's lower back, hips, and thighs."

"The rabbit locomotes by gathering all his energy at once; bounding."
Posted by Erk at 12:52 PM No comments:

"Modern life requires that we live by our wits rather than by rules. Things rarely turn out as we have planned them, and to live at any given moment means to change plans at the last moment, to hear one thing and see another, to try to make some kind of personal order out of the bewildering chaos pf sensory and mental experience."
-Sally Banes, Terpsichore in Sneakers

Why mark the margins while reading? Do I mark the familiar? Do I celebrate coming into contact with something I already know or someone else's articulation of some version of something I know? Do I cull the essence? Do I mark that which surprises me? That which deviates? That which shifts the book for me somehow? How? A question raised by the book? A question raised fruitfully or something neglected, perhaps willfully neglected, by the writer? Have I systematized my marginalia? Does my system of marking the margins constantly dissolve because that which deviates can also be something I already know? Am I more awake during some moments of reading? Does my marginalia simply record those biorhythms? Do I mark for now or for later? How many lenses of reading do I operate at any given time? As a professional reader in training, should I be undone by an inability or unwillingness to respond to any of these questions?
Posted by Erk at 4:35 PM No comments: 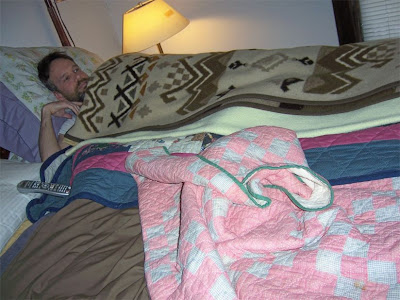 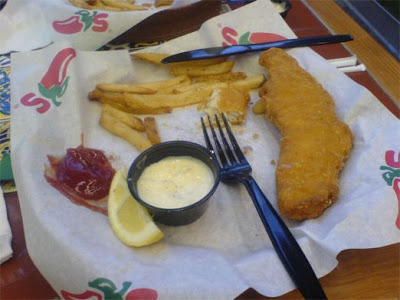 Will the Circle Be Unbroken

I picked a good time to fall ill: nothing needs to be done in the immediate future and we've got a stint of free HBO. They picked a good time to give us a free trial of HBO: I'm ill and willing to watch things that, otherwise, I wouldn't. Lilli Taylor in the remake of The Haunting, Running Scared, and Man of the Year-- my distaste for Robin Williams being so great that I need addling of some sort to get me in the door.

Last night, feeling better, I watched Gladiator, which I'd never seen and had a genuine interest in watching. As the closing credits began, I was like, "Is that Lisa Gerrard of Dead Can Dance, the band which, along with other 4AD label groups the Cocteau Twins and This Mortal Coil, filled my adolescence with the belief that I had sophisticated taste and an ear for musical art?!??" And then, there rolled the credit, "Music by Hans Zimmer and Lisa Gerrard." Who is this Hans Zimmer who has replaced Brendan Perry as Gerrard's partner, I demanded, leaping for my computer. Wiki reveals that he's an award-winning composer of film scores, but, more importantly, "Born in Frankfurt am Main, Zimmer began his musical career playing keyboards and synthesizers with, among others, the bands Helden (with Warren Cann from Ultravox) and The Buggles ('Video Killed the Radio Star')."

Just as today I snicker at my teenage passion for Dead Can Dance which I can no longer appreciate without addling, I also weep and access ecstasy while listening to Video Killed the Radio Star, a song I think I've always known, perhaps my favorite song of all time, a tune I listen to constantly, and certainly the work I use to reorient myself when I begin to get unproductively grumpy about the pop music machine. The Lisa Gerrard/Hans Zimmer connection is too much for me-- it's where the snake's jaws wrap around its own tail, the key to the infinite. John Francis Dooley, the scapegoat has run: all our sins are disowned, and now it's time for you to take off thy mask and cross the rubicon. If you and I were one within the eyes of our designs, it would still not change the fact of our leaving.
Posted by Erk at 9:46 AM 2 comments:

From the UW Archives:
A Break Through 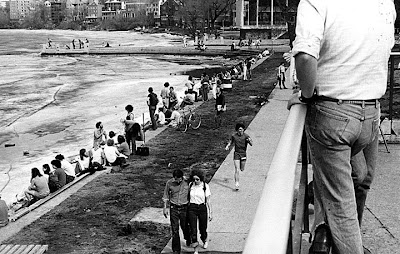 3. On the Straight Female's Delusion-- Her Belief She Can Comply:
"Anyway you want to do it,
I'll take it like a man."
[This is really the key to my reading.]

4. On the Straight Female's Delusion that Secrecy Can Short-Circuit Gay Sexual Identity:
"Now when you take me by the hooves,
Who's ever gonna know"

4. On the Fag Hag's loneliness:
"Ev'ry night you still
Leave me alone, Mickey"
Posted by Erk at 7:40 AM No comments:

I'm coordinating this conference. Things are nuts. More blogging as soon as everything cools down. 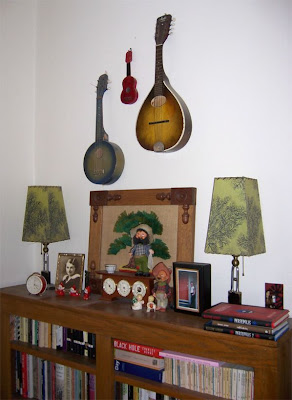 A continuation of my response to comments on the 3/2/08 SoD/GoA post.
Posted by Erk at 2:11 PM No comments: 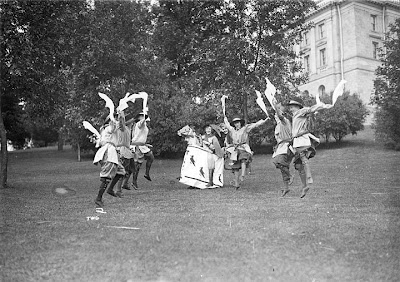 Posted by Erk at 3:04 PM No comments:
Labels: From the UW Archive

She says that the rhythm of his water drinking made her recognize the difference between sentences and paragraphs, 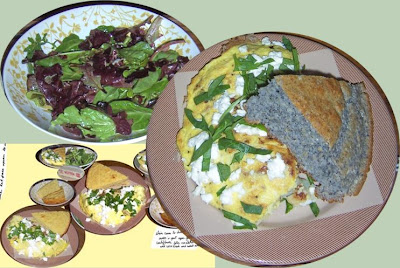 for bradford, who was there.
Posted by Erk at 10:15 PM No comments:
Labels: The Regular 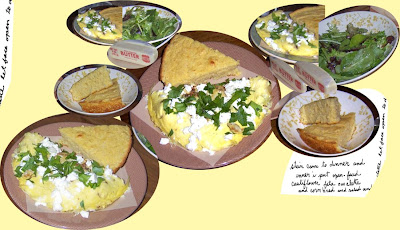 Posted by Erk at 10:46 PM No comments:
Labels: The Regular 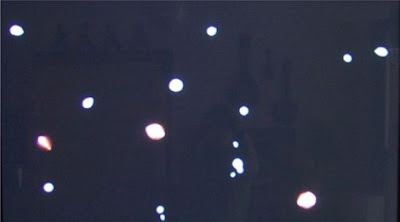 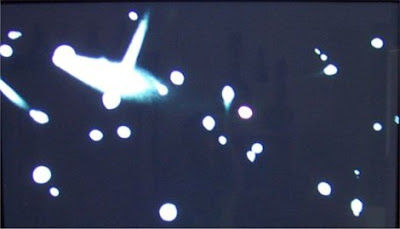 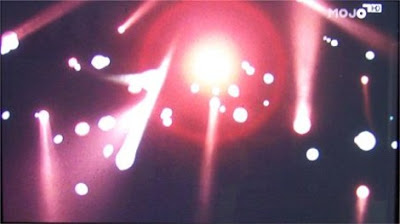 It's Alive has one of the most beautiful, captivating credit sequences I've ever seen. 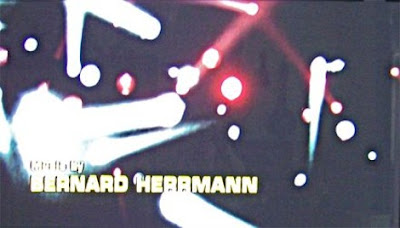 It's Alive has brilliant music by Bernard Herrmann. 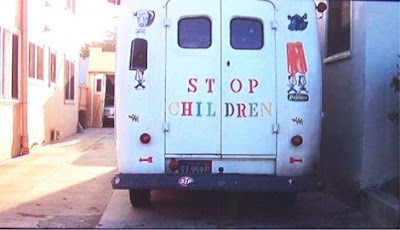 It's Alive includes this frame with a sentiment I sometimes radiate: "Stop Children." 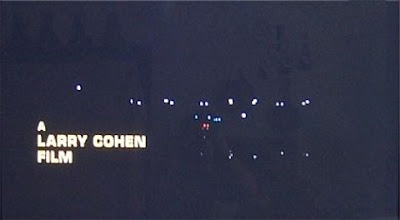 It's Alive poses questions that I find intriguing-- questions about what it means to give birth to a murderer, the plausibility of a murderer who is also an innocent, etc.
Posted by Erk at 11:06 PM 3 comments:
Labels: Titles

He was like, "Just do a google search for 'Amy Winehouse barefoot.'"